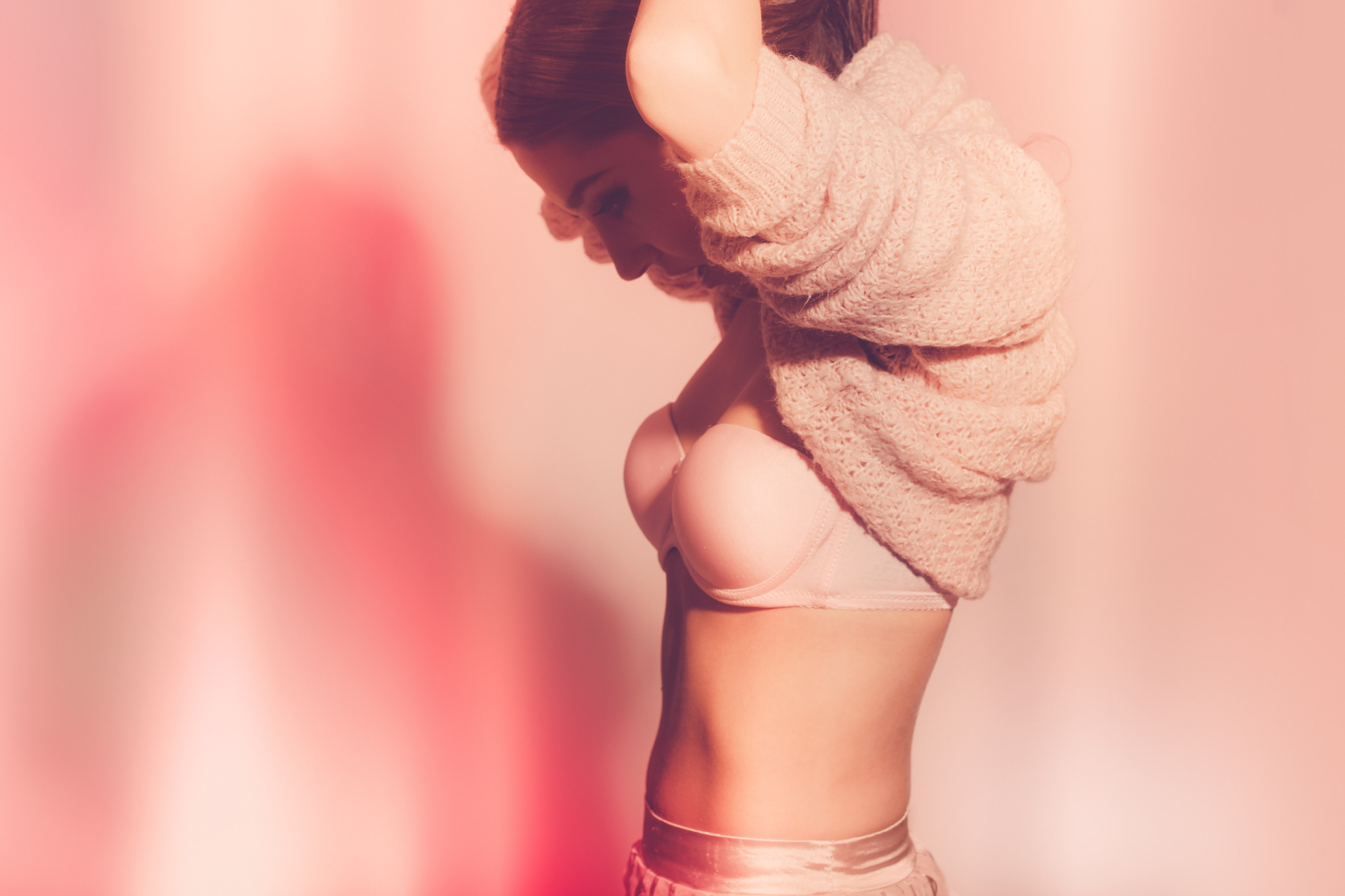 Plastic SurgeryWhy Fat Transfer Breast Augmentations Will Never Take the Place of ImplantsWith the sometimes negative hum around breast implants, doctors say more patients are exploring an augmentation via fat transfer, aka a "plus-minus boob job." While it's arguably a safer and more natural procedure, it still may not be all it's cracked up to be. 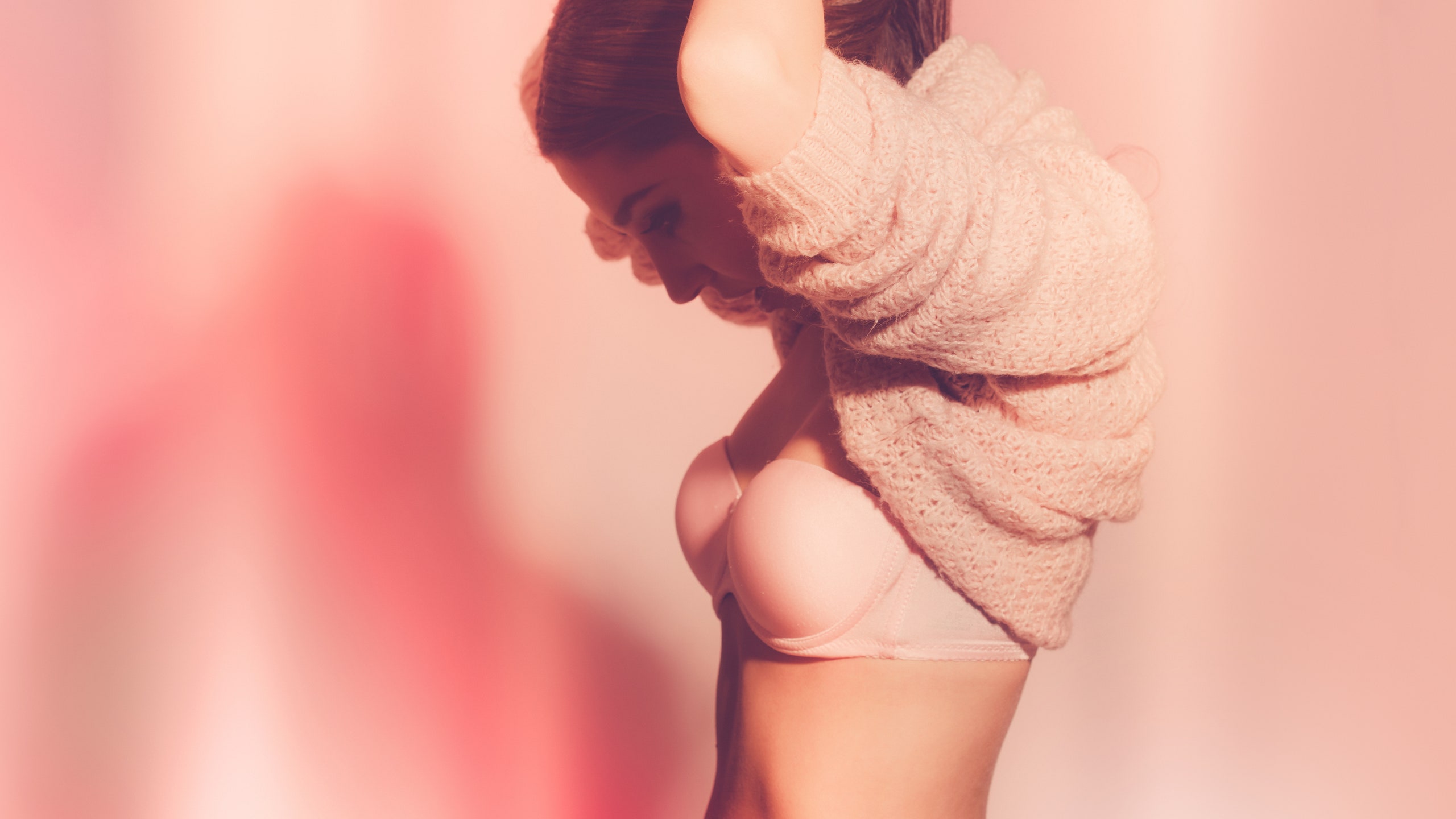 Hed: Is Fat Transfer to the Breast the New Implant?
If you've ever personally considered getting a breast augmentation procedure, one that's "natural" and "minimally invasive" probably sounds pretty great. With all the buzzword boxes checked, opting for a fat transfer to the breast — which is when a plastic surgeon liposuctions an area of the body that has fat to spare and injects that liposuctioned fat into the breast — over a traditional implant has gained serious traction, particularly within the natural-lifestyle crowd and those who are deterred by the very small but very real risk of implant complications.

"Understandably, the idea that one can achieve breast augmentation without the need for this foreign body while using one's own natural tissue — just simply taking it from one spot to another — has a lot of appeal," explains Philadelphia-based board-certified plastic surgeon Christian Subbio, M.D., adding that this newfound popularity has brought along a whole lot of confusion. "Not many people understand the limitations of fat transfer. They think it's interchangeable with breast augmentation with an implant, but it is definitely not."

Just like most choices in life, there are advantages and disadvantages to this particular procedure. Intrigued? Here are eight things you need to know before booking that appointment.

Fat transfer is not a replacement for an implant.

Fat is tricky. In regard to a fat transfer, even if a surgeon liposuctions the outer thighs, stomach, or buttocks, processes it delicately, and injects it slowly and gently — in other words, performs the surgery perfectly with complete precision — still, not every ounce of fat will survive the transfer.

"With a breast implant, I can choose whatever size I want and it doesn't matter how much fat they lose, gain, or anything — the implant will look the same. That is a very predictable outcome," says Beverly Hills plastic surgeon Sheila Nazarian, M.D. But with fat, she estimates that only about 50 to 70 percent of the injected fat will live. "Fat that's transferred needs to be touching live [adipose] tissue in order to get oxygen and nutrients from that alive cell next to it," she explains, meaning that the amount a surgeon is able to inject depends on what's already there. For instance, an A cup won't be able to sustain a C cup via fat transfer; realistically, they're looking at an increase to "an A and a half."

To compensate as much as possible for this estimated but unpredictable amount of volume loss, Dr. Nazarian will over-inject by around 20 percent. But the good news? The fat that takes is permanent, as long as a relatively consistent weight is maintained.

Fat transfer usually performed in tandem with another breast procedure.

Fat transfer to the breast is a procedure that Los Angeles-based plastic surgeon Kelly Killeen, M.D., performs "in a pretty big majority" of her breast-surgery patients, albeit for many different reasons. That said, it's "a very rare patient who is a good candidate for a breast augmentation by fat grafting alone."

Instead, Dr. Killeen injects fat to add small, subtle amounts of volume in the breast to "camouflage some minor contour issues and even hide edges of implants that may have become visible after breast cancer, surgery, or in women who are just very thin and their implant is quite visible."

Injections to the breast are often placed in "the upper part and middle part," according to Dr. Nazarian, or just underneath the areola. "Those are the typical areas because usually the fat of the breast tissue kind of settles to the bottom," she says.

In Dr. Subbio's practice, fat injections to the breast are often performed in conjunction with a breast lift, reduction, or a breast augmentation with implants.

A fat-transfer breast isn't going to look like a breast with implants.

A big limitation with fat transfer to the breast, Dr. Subbio says, is that most women have a certain look in their mind. "They've become accustomed to what a traditional implant-based augmentation looks like — a round, physical, 3D structure," he explains, adding that a physical implant shapes the breast to its form in a way that fat simply can't. Dr. Stubbio continues: "It is not going to anywhere near as powerfully reshape the breast in the way that an implant can, and if a patient desires that look, she's going to be sorely, sorely disappointed."

Dr. Nazarian's fat-transfer patients typically love and want to keep their smaller breasts, but "they've lost some volume at the top or definition of their cleavage," she says, adding that they don't want an implant look. "They're looking for just a little boost — a little more lifted look, a little bit more volume in the cleavage area."

Often, Dr. Nazarian's patients opting for a breast lift will also tack on a fat transfer to plump and round out any deflation at the top of the breast. "Adding a little bit of fat after the lift makes their breasts look more youthful," she says.

Over-injecting is the biggest risk of a fat transfer.

With any kind of injection, whether filler or fat, the biggest precursor to a complication is almost always over-injecting. "If you're trying to stuff too much fat into a recipient in one sitting, it overwhelms their body's ability to take that graft," cautions Dr. Subbio. "And what happens is that fat can then become oil cysts — little sacks of oil fluid — or become calcified." Those lumps can end up not only palpable but visible, and can be confused for tumors during mammograms, says Subbio, resulting in "unnecessary biopsies or anxiety over potential cancer."

While some over-injecting is necessary, as some of the transferred fat will die off within four to six weeks post-op, Dr. Subbio's rule of thumb is to only increase by one cup size per fat transfer procedure. Otherwise, he says, you're wading into dangerous waters, especially if you're small-chested to begin with.

Patients of both Dr. Nazarian and Dr. Killeen can expect an over-injection by about 20 percent, with the understanding that only 70 percent will stay. "The breast gets smaller than it was on the table because not all of it takes," Dr. Nazarian says. "If you're placing the appropriate amount of fat that you know that surface area can support safely, then you lower that risk significantly."

Ah, Instagram — the ultimate source of smoke and mirrors. Even though most of us know perfectly well that the before-and-after photos or videos can be doctored (pun intended), that doesn't mean they're not convincing.

"I always tell my patients that you have to be very mindful of what you're looking at online," says Dr. Killeen. "The slick surgeon with hundreds of thousands of followers on Instagram who shows these amazing before-and-afters a week after surgery, where they put tons of volume into a breast, but you never, ever, ever see anything long-term — you have to start asking yourself why." Because the truth is, "the results aren't amazing — that's just not the reality of fat-grafting long term," she says, which is why you rarely see the long-term results.

But the impression has still been made. "Showing immediate, on-table results is very deceiving," Dr. Killeen continues. "And what they're not showing is those same patients a year later, when most of that volume has gone away, and they're left with lumps, clumps, and painful hard masses in their breasts, due to over-filling."

Multiple procedures may be necessary to reach your goal.

You can get more than one fat transfer. If you're set on avoiding implants but want a two-cup-size increase — the average request for Dr. Killeen's patients — then you're going to have at least one more fat transfer coming your way.

"Let's say you were an A cup and you went to an A and a half in your first transfer, but now you want to be a B, then you can do another fat transfer," Dr. Nazarian says. "Because now you have more surface area than when you started and more alive fat cells from your first transfer that can support, feed, and oxygenate additional fat cells."

The final results of a fat-transfer augmentation can be unpredictable.

Although doctors may have a general idea of how much fat will take based on your anatomy, the bottom line is that there's really no way to know with 100-percent certainty, says Dr. Subbio. "I tell patients they'll have a pretty good idea of how much fat will have taken after about a month. Because again, the initial graft take is highly variable. But whatever does take is permanent."

And the fat that doesn't take? Your body flushes it out, on the condition that the procedure was performed properly and in the appropriate quantity, Dr. Killeen says. "That 20 to 30 percent that dies will be reabsorbed, processed by your liver, and go out through your GI system, and you’ll know nothing better about it."

Now check out the secret life of a breast model:

Find High Quality Products, Carefully Curated from the best Malls for your convenience on https://sea-malls.com/.

Professor Owl carefully selects what’s currently trending; Top Quality, From Crystals to Dresses; If it’s not good enough for Professor Owl, it has no place on https://sea-malls.com/! Trusted by Customers across 6 Continents, Professor Owl always says, “Quality and Value are NOT mutually exclusive”.

DIY and save today!